Isn’t it amazing how unpredictable the weather really can be? Yesterday we had a beautiful snowfall in the morning, followed by a sunny afternoon and ending with another brief snowfall before evening. In a single days time, the pastures are turning green and those Spring flowers that were not already blooming are today showing signs of bloom. We’ve had thunderstorms in February and a steady flow of rainfall this Winter..all will serve the ground well for the growing season. While we need to get the earth tilled to start the gardens, the ground is actually too wet. This will postpone that early harvest we always shoot for but a late harvest is just as beneficial.

We have taken some time off from selling through our local Co-op’s and Winter Farmer’s Markets while we’ve reworked our farm. There will be a lot of changes to some of the products we have sold for years and we are adding a lot of new. We started selling our farm products in our ETSY store. It is slow going but we have had some sales. I’ve started working on the plans for offering workshops throughout Spring and Summer. There are so many things that a person can do to live a more sustainable lifestyle and hopefully these workshops will generate interest from those who are anxious to learn.

That’s all for now. I always promise that I will be better about keep up with Blog posts, let’s see if this time I can really do it!!

It’s coming down to the end of Spring around here. Let me update you on what has been going on at the farm.

Early Spring brought us the joys of lamb and kid births. So many little ones making it exciting and a little confusing too. We almost lost one of our ewes at lambing. Seems her little (gigantic) lamb didn’t want to come out easily and then we discovered she had been physically exhausted to the point that she gave up. We are very happy to say, she is doing fantastic now and so is “Wil” her lamb.

Then there was “Bella”! She was not really a surprise but I had miscalculated her due date of arrival. She and her Mom “Barga” are doing very well. The breeding that produced her was very accidental, which has now led to a 3/4 Angora x 1/4 Alpine Dairy kid. Her fiber is glorious! 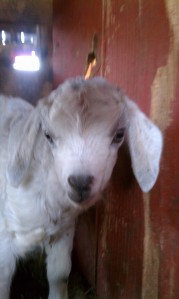 We have since hatched another 11 chicks which are growing strong..and to our surprise, some of them are actually HENS!

The most exciting addition we’ve made to the farm this Spring are our Coturnix Quail. With the chickens, ducks and now quail we are rapidly becoming an “Egg Farm”. 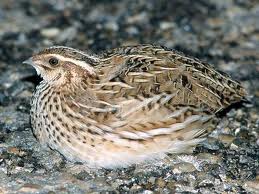 These quail are actually mature and laying eggs within 8 weeks from their hatching and the health benefits from eating their eggs is amazing. There are now 36 of these little ones here and growing. This is the first week we’ve listed their eggs on our local co-op.

Aside from all of this we’ve just been working on the farm. Cleaning, growing, painting, sheep shearing and more.

Since the loss of Mom, I feel like I’ve been spending a lot of my time recreating pretty much my whole life (not just the farm). I am devoting much more of my time to the sheep and working again with fiber. We are working on a Virginia Grown/USA Grown organic yarn line as well as a line of naturally dyed yarns. Both of these projects are slow moving as it is quite expensive to have all of the fiber processed and natural dying can also be very expensive. Another thing I am doing is participating in special events to share (and sell) our fibers grown here on the farm.

It’s a great Monday morning here at the farm. Everyone is content, settled, and happy. Just lounging in the barnyard. The view has changed over the weekend with the addition of some new girls…chickens to be specific. Every since “Beau Cocks” came here as a stray rooster we’ve discussed adding a few hens and this weekend was the right time. Saturday, we went to a Chicken Swap, something we’d never even heard of and found a couple of really nice girls. Also, we’re pretty much certain that Beau is a Welsumer Rooster. The Welsumer is the Kellogg’s Rooster, so he’s a real honor to have (when he’s not spurring and crowing constantly)..but back to the new girls. Our chicken collection now sports an adult Araucana hen, an Araucana Pullet, a Welsumer hen and an American Game Hen. Here are a few shots of them: 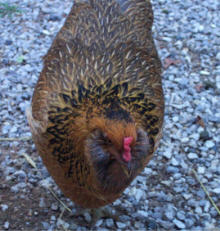 Something else we did was purchase fertile eggs from Araucana hens, several we’re not sure about and 6 Buff Orpington. Since the Game Hen is a huge success in her appearance and temperament, we’re saving her eggs to incubate too. Oh yes, we bought an Incubator! So we are definitely chicken ready now. How, you may ask, is Beau Cocks handling the new girls..well, if you remember from previous posts he thinks he’s a sheep..he still does! He is, however, starting to be protective of them. He’ll learn.

If anyone has checked out our website recently, I’m sure you’ve noticed what a mess it is. For now let’s just call it a work in progress. Just as I was getting the site ready and uploaded, Mom was released from Pulmonary Rehab and it’s been a new drama everyday which, once again, is taking me away from the farm and the business. I hope that very soon, I will announce the new website on the Blog and everyone will have something complete and professional to view. Until then..bear with me.

Have a wonderful day!!

Between yesterdays post, Facebook, Twitter and neighbors joining in the name that Rooster, we got some very good and interesting possibles. “Jake” was in the running for a good while. Then Jill recommended “Beau”. Hubby took “Beau” a bit farther and our Rooster’s new name is…

Needless to say we will call him “Beau”. Thanks for everyone joining in the fun of naming him and thank you Jill for his new name (sorta). I am certain he will be talked about a lot in my future Blogs.

You met this guy on Wordless Wednesday a few weeks ago..today I want to share his story.

While out running the Border Collies, Monday morning, several weeks ago, we heard a Rooster crowing. Around here we have sheep, goats, cows, horses, dogs and cats..no chickens. That’s just not something anyone close by raises and after the fox killed our last hens, we had been chicken free for 4 years – which brings me back to the crowing Rooster. I started following the crow. Imagine my surprise when I found 2 beautiful Roosters pecking around in the cemetery at the church across the road from us.

These guys seemed very tame. Catching the first one was easy. The second one got very upset and confused. He took off into the woods and we couldn’t find him. Hubby had to go to work and I had early deliveries, so we brought Rooster #1 over to our place and said that we could get the other one when we got home. Also, as much noise as Rooster#1 was making, we felt confident that he would encourage Rooster #2 to come to him. Well that didn’t happen.

When we got home that night, we discovered Rooster #1 running around and crowing. Apparently, these guys had been pets..they didn’t even know how to roost. We went to the church to find the other boy but had no luck. At midnight, when we let the dogs out for the last time, we heard Rooster #2 crowing. We got the dogs in and headed for the church. By the time we got there all was quiet. We hung out for almost an hour and decided this Rooster quest would be easier in daylight. We never heard him again! Rooster #1 was just sad the next day perpetually crowing and running around but there was no response. I spent hours at the church and in the cemetery listening and looking for Rooster #2, but he was no where to be found. The following day, I found him dead in the cemetery. He had been slaughtered by what we assume was a weasel.

Thankfully, by day three Rooster #1 had acclimated to his new home and had stopped calling his brother. So now we have a new Rooster! He’s quite the cool little guy. He thinks his job is to tend the sheep. Where they go..he goes. We’ve worked with him a lot and now he knows how to roost, where to find his food (sheep and goats eat anything that hits the ground, so we had to put his food up) and that bugs are a good dietary supplement. He’s a good boy. We are now considering adding a few hens so he won’t be without his kind and hope that the fox families have moved on for now. We didn’t realize how much we missed having chickens in the barnyard.

This Blogger/farmers rant – With so many avenues to find homes for unwanted animals a story like this should never have happened. We live in the country, there are 3 feed stores within a 15 mile radius of us, they have bulletin boards. There, of course, is Craig’s List, a local paper and word of mouth. We would have gladly taken these two Rooster’s if the person who dropped them had simply turned up our driveway and asked. There is just no excuse for one of these beautiful animals being slaughtered! All of this being said, we are very happy to have our new Rooster..there is a new peaceful calamity on the farm now and he’s good for the soul…guess things really do happen for a reason.

We still haven’t named him though..got any ideas? Please share.